Where to Go in Vietnam – The time of year may play a role in determining whether you choose to spend your time in the northern or southern portion of the country. The climate in the north is characterized by winters that are mild and wet and summers that are hot and dry. The winters are generally milder than the summers. In contrast, the climate in the south is more consistently tropical, except for a wet season that lasts from May until November. This wet season spans the entire month of May.

Where to Go in Vietnam

Visitors from all over the world agree that Vietnam is one of the most vibrantly colored countries in the entirety of Southeast Asia. They could argue that this is due, in part, to the distinct cultural and climatic differences that exist between the northern and southern parts of this amazing nation.

The season may play a role in determining whether you choose to spend your time in the north or the south. The climate in the north is characterized by winters that are mild and wet and summers that are hot and dry. In contrast, the climate in the south is more consistently tropical, except for a wet season that lasts from May until November. In the following passage, Tracy Fitzgerald provides a concise rundown of the various destinations that can be visited in Vietnam.

The months of September and December is the best time to travel to North Vietnam because the weather is pleasant and it is not yet too cold. Having said that, the weather in the capital city of Hanoi is typically mild throughout the entire year.

Where to go and what to see in Northern Vietnam 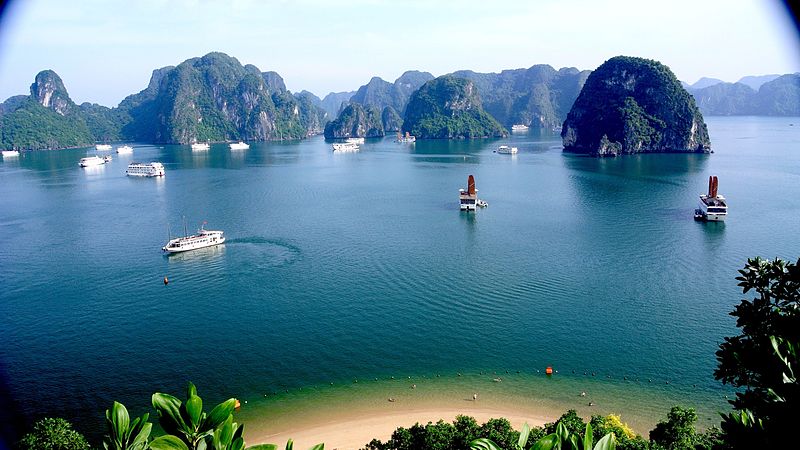 Halong Bay was designated by UNESCO as a World Heritage site because of the exceptional natural beauty and one-of-a-kind biological significance it possesses. When vacationers come to Halong Bay, they will see formations of limestone islands that protrude out of the water and are covered in vegetation from the surrounding jungle. It is a breathtaking scene that gives the impression that the islands are suspended in the air and the water. Kayaking tours are one of the most popular ways to explore the caves and caverns inside the rocks, as many of the rocks are hollow and contain large cave systems inside of them.

Because of its status as the cosmopolitan capital of Vietnam, many tourists fly into Hanoi and use the city as a launchpad from which to explore the northern regions of the country. Hanoi is the place to go to see ancient Buddhist temples and national museums and get a taste of Vietnam’s long and varied traditions because it boasts thousands of years of rich history. It is highly recommended that you visit the Old Quarter. The streets are named after the various trades and retail goods that were once sold on them, and very little has changed in the city since the days of ancient Hanoi. 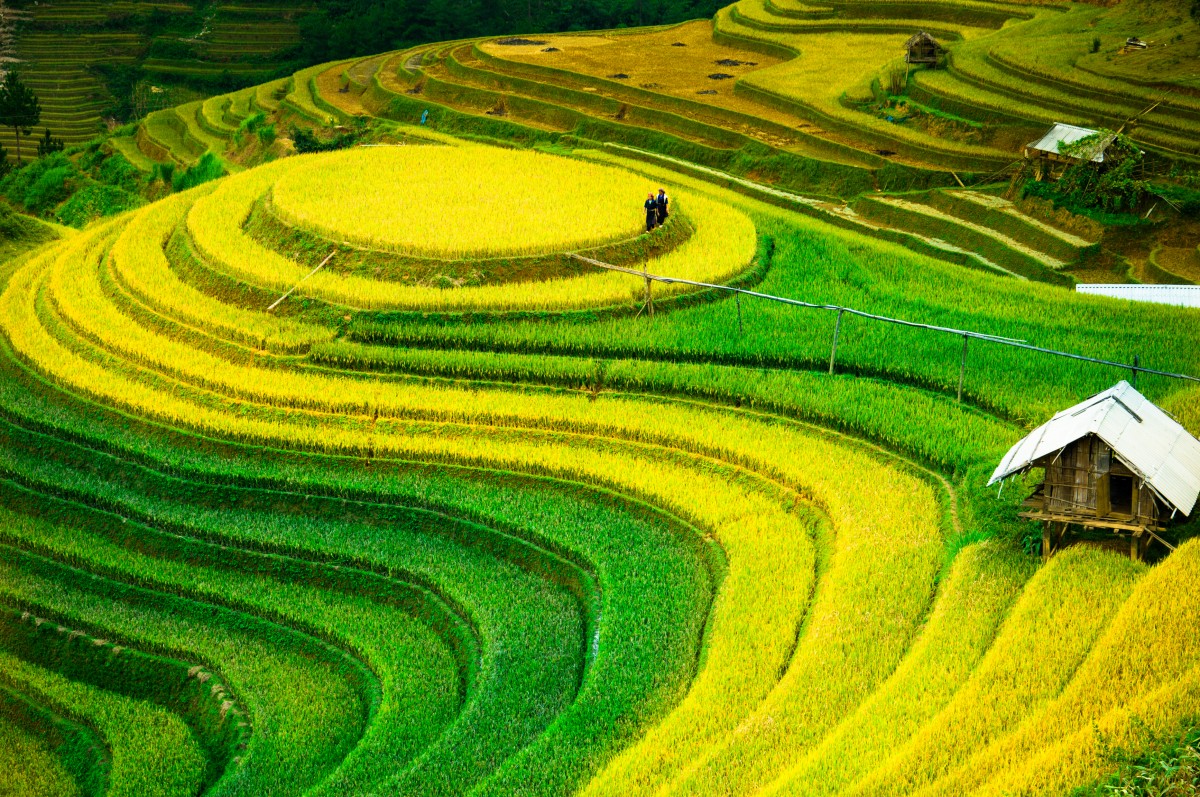 Sapa is the place to go if it’s the traditional villages, breathtaking mountain scenery, and rice terraces that have you interested in visiting Vietnam. There are bus departures from Hanoi, but you should be prepared for an eight-hour ride. Despite this, it is well worth it because Sapa feels like a step back in time, to a Vietnam that is more traditional. Visitors will find the locals to be welcoming, and they will have the opportunity to hike through verdant rice paddies, dense forests, and breathtaking waterfalls.

Travel there during the dry season, which lasts from December to April, and sees the temperature average in the high twenties while you’re there (Celsius). Having said that, showers that occur during the rainy season (which runs from May until November) are typically brief and rarely discourage tourists from traveling.

How to get around in Southern Vietnam

The city of Ho Chi Minh is known for its frenetic pace and constant activity. Everything that you would expect to find in the largest city in Vietnam is here, but it happens ten times faster! You can see streets filled with scooters zooming in and out of traffic as you descend into the city on an airplane. There are so many of them that streams of red and white lights can be seen from above. It is a wonderful and wild place, with wonderful shopping, a huge variety of dining options, and fantastic nightlife options. A good number of vacationers come to this city to party it up for a couple of days before moving on to one of the more sedate beach towns in the area.

See also  When should I go to Vietnam? 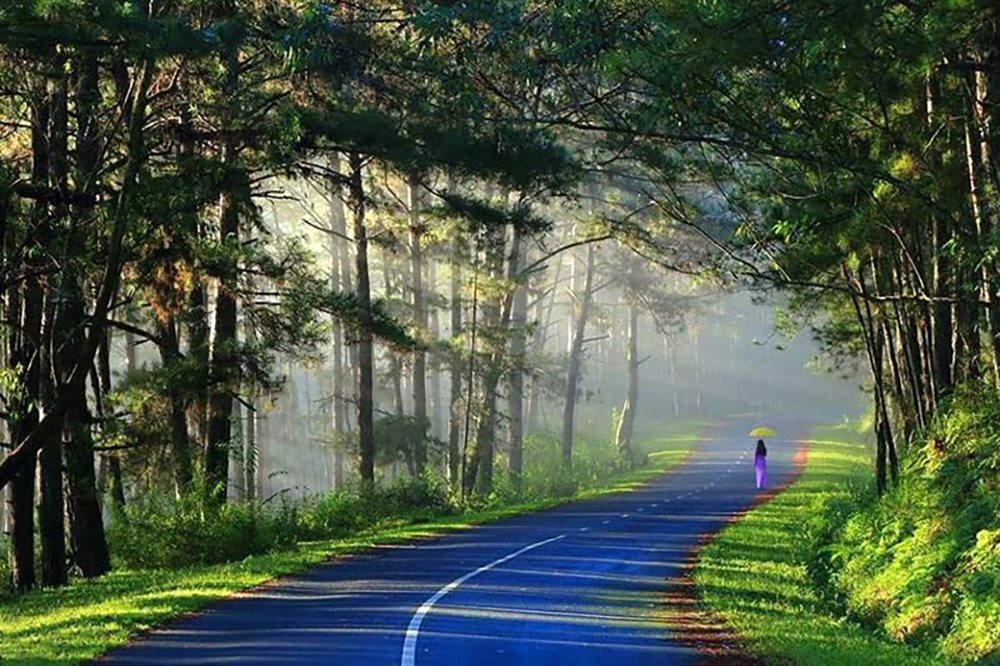 If you find yourself in Vietnam during one of the hottest times of the year, Da Lat is an excellent choice for a few days of respite from the heat. It is frequently referred to as “the city of eternal spring” because it is very different from anywhere else in Vietnam. The pleasant climate isn’t the only thing that draws people to Dalat; the city is also surrounded by rolling countryside, enormous waterfalls, and forests, and it was once the playground for the upper-class citizens of French colonial society.

Nha Trang may be the most well-known beach resort town in the southern region of Vietnam. It is more urban than the other beach resorts in Vietnam, and as a result, it is a sensible place to head to for those who enjoy their creature comforts. This is one of the main reasons why it is so popular with both international tourists and ex-pats. If you would also like to try your hand at some scuba diving, you can do that here as well! 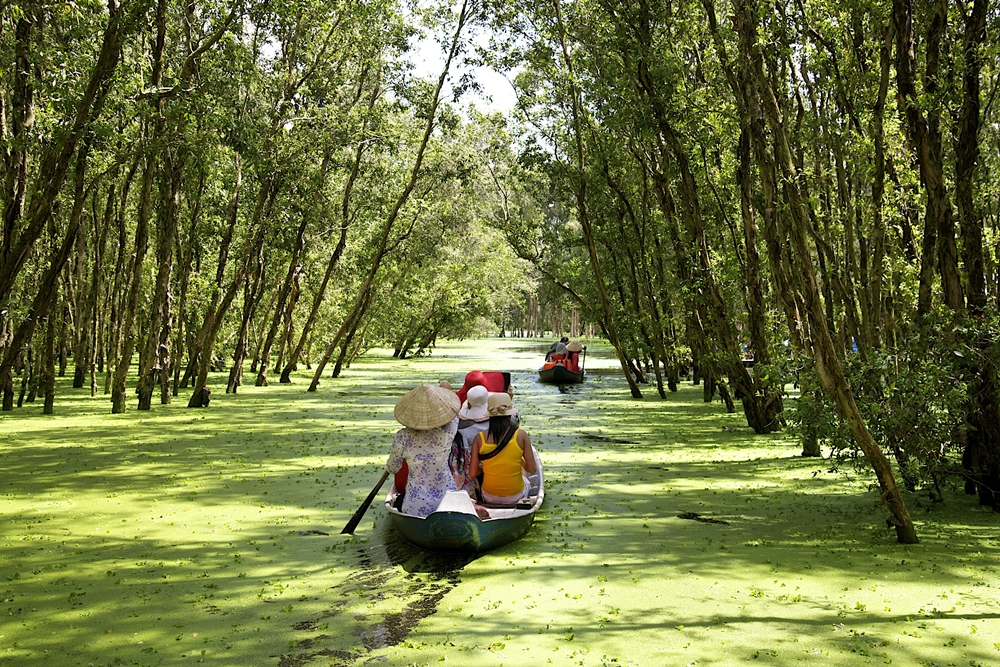 The vast Mekong Delta, which takes up most of the southwest region of Vietnam, is one of the most impressive natural features in the world. Homestays in the region are becoming an increasingly popular option for travelers who truly want to get away from it all and get a feel for what it was like to live in Vietnam in days gone by. Boat trips down the Mekong River take you straight into Vietnam’s bygone era.